It’s Okay to Say NO 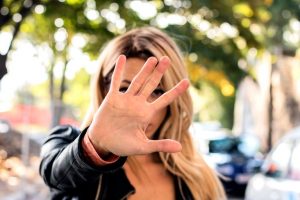 We live in a ‘yes’ culture, where it’s expected that the person who is going to get ahead is the go-getter who says yes to everything that comes their way.  I find it helps to understand your long-term goals. This way, you can say yes to opportunities that most reflect your values. Second, try to build free time into your schedule so there’s room for new, interesting opportunities you might otherwise overlook. when people learn to say no that their careers really take off.  When people finally learn to say No, that’s when their careers really soar.

Many people struggle with saying, “No.” If someone asks you for a favor or a commitment, you may feel obligated to say “Yes.” Remember, just because you can do something does not mean it is required. Work on considering the best ways to say “No.” Think about things like your personal boundaries and the situation at hand. When saying “No,” do so in a polite manner that makes your boundaries clear. Work on avoiding guilt after saying “No.” Understand you always have a right to turn down an invitation or refuse a favor. It’s okay to make yourself and your mental health a priority. 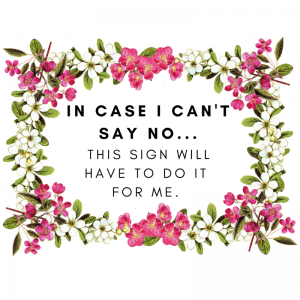 Give yourself permission to say no

Many people have a knee-jerk reaction to say “Yes” when they’re asked to do someone a favor. Keep in mind, you are never required to say “Yes.” It’s actually okay to say “No”. Accept this as you prepare to say NO. This will help you say “No” with ease. Practice saying NO.

It’s always easier to say “No” if you have a reason. However, that reason does not have to be concrete. Many people think if they can do something, they should. Your reason for saying “No” can be a simple matter of your own personal boundaries. Think about what boundaries you have, and embrace the fact you’re allowed to stay true to them. And by the way, YOU DO NOT HAVE TO GIVE A REASON FOR SAYING NO.

Be cautious of persuasion techniques

Ask for time before committing

Again, the first response to being asked for a favor may be to say “Yes.” Make a habit of not giving an automatic “Yes”. When asked to do something, instead respond with, “I’ll think about it” or “Can I get back to you on that? I’d like to, but I might have something scheduled.

It may sound silly, but you can actually practice saying “No” alone. Try standing before a mirror and looking at yourself. Practice giving a firm, “No” to someone so you get comfortable with the words. Many people are nervous about saying “No” and may say “Yes” due to anxiety. Practicing can help quell some of this anxiety