Never say These 8 Statements to a Narcissist 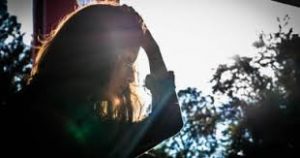 8 Statements Never to say to a Narcissist

Never say, “It’s not about you.”
To a narcissist, everything is all about them. They have tunnel vision, they are not nurturers, they could care less about you. It’s their world and you’re just living in it.  Never say, “You’re not listening. “It’s not that a narcissist won’t listen to the story of how you injured your knee while jogging— they simply don’t care. Stopping to listen would mean acknowledging the deep-seated insecurity at the root of all their problems. Instead of explaining, take a different tack. “May I tell you how my surgery went?” 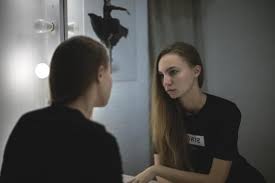 Never say,  “You didn’t come up with that”
A narcissist sustains themselves with boastful, outsized claims that make them feel important—even if their claims are some version of a lie or exaggeration. Correcting them only reinforces their low self-esteem and fear that everyone will find out what they already believe about themselves:  they’re not good enough.  Never say, “Do you think it might be your fault?” Nothing is ever their fault. Lost job, broken relationship, financial ruin—whatever befalls them in life can be blamed on something or someone else, bad parenting, bad luck, anything but their own flawed decision-making. Narcissists do not take responsibility for their actions. A narcissist’s fragile sense of self-depends on a carefully constructed, idealized version of themselves any criticism of their actions feels like an attack—to which they will respond in kind. Ouch. 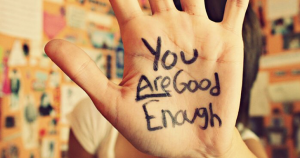 Never say, “You’re being a bully.”
There’s a predictable script when you’re talking to a narcissist. They want/need/expect something from you.  The fact that it’s hurtful to you is irrelevant; they don’t care how you feel because they don’t understand how you feel. Explaining your feelings—if you can get them to even listen—is better than calling them a bully, which is likely to make them double down on their outrageous position.  Never say “You’re acting like a victim.” Here’s the thing: There is no playing. they really do view themselves as a victim.  Narcissistic behavior is often a way to protect oneself and mask vulnerability. 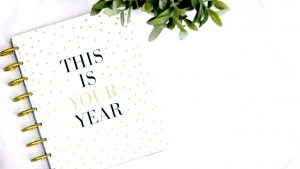 Never say “It’s not a competition.”
For narcissists,  everything is a contest—who makes more money, who grills a better burger, who the red lipstick looks better on. Shine up your halo because, in this case, the best thing to do is see the narcissist’s need to win as a function of their self-worth, and let them have it. The less you care about the score, the less they will feel the need to compete. Never say, “Let it go.” A narcissist is, after all, so much better (stronger, smarter, richer) than whoever hurt or challenged them. Either way, the one to let it go needs to be you. Listen until you’re all out of ears, and then proceed to the nearest restorative yoga class and call it a day. 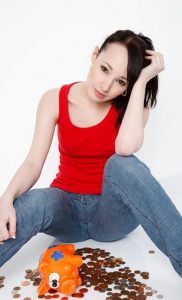 Narcissists have NO empathy, compassion or feelings for anyone but themselves. Have you ever had someone say something so upsetting to you that you found yourself ticking off a list of counterarguments to dispute their assertions? You obsess on what you should have said. You get sucked into rehashing the conversation, ruminating about similar, past incidents, and chatting up a storm about it with your BFF.

A Narcissist will push your buttons and try your patience, you must figure out just the right thing to say or do to deal with them? the problem is when dealing with narcissists, bullies, guilt-trippers, and manipulators, your “counterarguments” and explanations do nothing but feed their thirst for strife and turmoil. What they really want is control, and you give them control when you react heatedly or in anger or hysterically when they push your buttons.

Stop letting that difficult person get a rise out of you whenever they want simply by spewing negativity and nonsense your way. Take a breath. Walk away. Don’t engage them in more conversation. They’ve lost the privilege to communicate with you. Set boundaries. Focus on what you need to do to move forward and do it. Actions speak louder than words. Emotionally unhealthy people will attempt to pull you into arguments by saying things they know will make you want to defend yourself. Don’t bother. Some criticisms don’t deserve a response. Save your energy, keep your peace and let them argue by themselves.